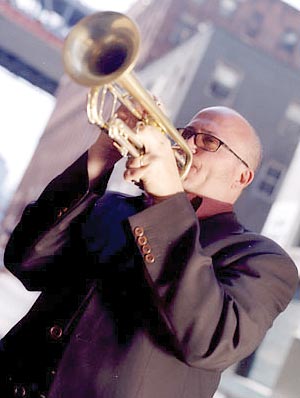 Mark "The Loveman" Pender plays the trumpet. He was a member of Conan O'Brien's band on Late Night, The Tonight Show, and Conan. He also led the appropriately named Mark Pender Band. Mr. Pender first entered the realm of They Might Be Giants playing trumpet on Doctor Worm.