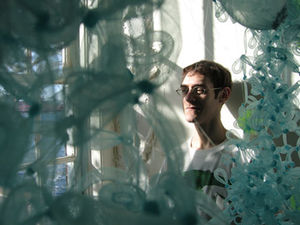 Jon Altschuler is a sound engineer in New York City. While working at Kampo Studios, he provided engineering on The Else, Here Come The 123s and Here Comes Science. He currently works at The Seaside Lounge Recording Studios in Brooklyn. Along with Kampo's Greg Thompson, Altschuler has engineered Join Us and Glean at Pat Dillett's new studio in New York. He can be seen "engineering from the bench" in this clip of the recording of "Canajoharie". He is was also an engineer on Mike Doughty's album Sad Man Happy Man and a recent album by Les Chauds Lapins.

Altschuler has also been credited by Flansburgh, on a number of occasions, for suggesting the idea for the song "Why Does The Sun Really Shine?". Reportedly, the band was discussing the problem of the factual inaccuracies in the song "Why Does The Sun Shine?" in the studio while recording Here Comes Science. Altschuler suggested they solve the problem by writing an "answer song" called "The Sun Is A Miasma Of Incandescent Plasma", which is exactly what they did, with the help of Eric Siegel.