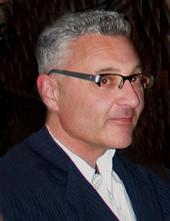 Clive Langer (from his MySpace page) 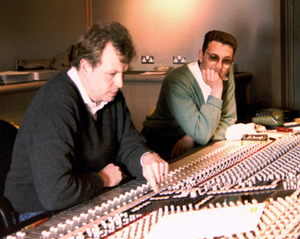 Producers Clive Langer and Alan Winstanley during the Flood era

Clive Langer is a music producer who has produced acts including Elvis Costello, Madness and many others with long-time collaborator Alan Winstanley. The duo produced four of the tracks on Flood, including "Birdhouse In Your Soul", and four tracks on Mink Car.

Before his producing career, Langer was the guitarist and principal songwriter for the British band Deaf School (which re-formed in 2006 and has done several live performances since). He also had a notable solo run with his own band, performing as "Clive Langer and the Boxes". He has also contributed to several films, including composing the soundtrack for the cult favorite Brothers of the Head.