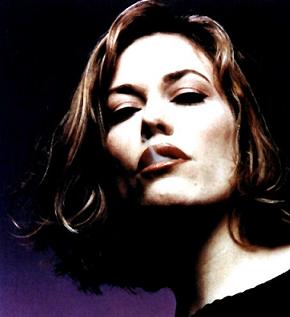 Cerys Matthews (first name pronounced "Care-iss") is a Welsh singer, formerly of the band Catatonia. In 2001, she provided the yelled bridge of "Cyclops Rock" on Mink Car. Cerys appeared on the album as a result of the advice of Mink Car producer Clive Langer, despite the fact that the line was originally supposed to be done by Joe Strummer of The Clash. From a September 2001 issue of Rockpile Magazine:

While in a London studio, TMBG intended to call upon punk rock legend Joe Strummer to chant on the coda of 'Cyclops Rock,' but instead chose Cerys Matthews of Catatonia. The Welsh bombshell flips out in a tune detailing the story of a fellow who feels betrayed by a woman.

'Joe was on the scene,' Flansburgh adds. 'But Clive suggested Cerys, who coincidentally happened to be working down the road. He'd just done a record with her. I didn't know Cerys from Adam. She's a total sport and has an incredible amount of character.'

Flansburgh gave further details in 2013 on the selection of Ms. Matthews[1]:

"We were working on the track with Clive Langer and Alan Wynstanley in London. We had done a very finished version of the song already and Clive was looking to open the arrangement up. Clive has a very lively imagination about how an arrangement and a production of a song can travel—people peg us as being a bit manic with [our] song structures but I think we’re Trappist monks compared to what is going on in Clive’s mind. ANYWAY—he wanted to shake the song up add even more mania to an already manic track. I had the kind of scream/chant idea that seemed better for an outside voice. Clive and Alan had worked with Cerys Matthews, and clearly loved her to pieces. When she arrived at the session she was clearly a very magnetic personality, and she dove into her brief moment in the track as if it was life and death. Nothing had to be conjured out of her. She just exploded and it was perfect, crazy and finished."