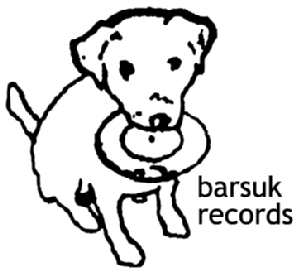 Barsuk (pronounced "bar-SOOK") Records is an independent record label based in Seattle, Washington. It was founded in 1994 — and to this day is managed by — the members of the band This Busy Monster, Christopher Possanza and Josh Rosenfeld, to release their band's material. Its logo is a drawing of a dog holding a record in its mouth. Barsuk was responsible for a few TMBG-related releases during the Spine era.

The Long Winters, who contributed the song "The Commander Thinks Aloud" to Future Soundtrack for America, covered "Pet Name" for Hello Radio, and whose song "Pushover" is featured on Podcast 10A, are signed to Barsuk. The catalogue of Barsuk artists has included such acts as John Vanderslice, Death Cab For Cutie, and Rilo Kiley.