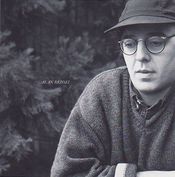 Alan Bezozi is a drummer who has worked with They Might Be Giants, Freedy Johnston, Dog's Eye View, and Chris Stamey and Peter Holsapple of The dB's. He is credited with playing drums on nearly half of the album Flood. In addition to playing live drums on some songs, Bezozi played a drum pad with sounds prerecorded by John Flansburgh to provide percussion for "Hot Cha". Flansburgh said he also helped with some of the drum programming on the album. According to the liners for Otis Ball's I'm Gonna Love You 'Till I Don't, he is one of the Chains, Ball's backing band.

From 1979 to 1981, Bezozi played in the Cornell band Better Music Through Science, for whom Joshua Fried ran sound.