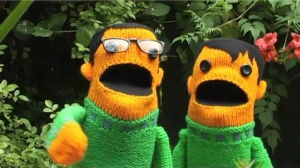 The Puppet Johns, puppet versions of John Flansburgh and John Linnell, are often used to host videos and segments for their kid-friendly material. The puppets were created by Robin Goldwasser (who also heads the Deeply Felt Puppet Theater), and are one-of-a-kind[1]. They first appeared in videos for Here Come The ABCs. They also appeared in videos on Here Come The 123s and hosted the They Might Be Giants Friday Night Family Podcast. 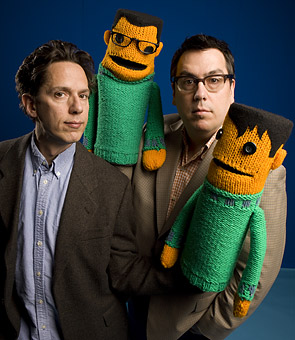 A picture of Flansburgh and Linnell with the puppets, from an article in TIME Magazine.

The puppet Johns have appeared in the following videos: