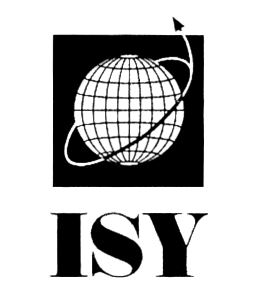 International Space Year, 1992, was a year-long, worldwide celebration of space cooperation and discovery. The designation was originally proposed by US Senator Spark Matsunaga, and soon became endorsed by the United Nations. It was also promoted by 18 space agencies across the globe. John and John were selected by NASA as the "Musical Ambassadors" for ISY to coincide with the release of Apollo 18, which was given its title prior to their involvement.

John Linnell commented on the title:

We're not actually the official band or anything, but we were asked to represent International Space Year when we went to NASA to get a graphic for the record jacket [of Apollo 18]. That's how we got picked. They found out we were in a band and were touring the world in 1992 and they asked us if we could help promote International Space Year because it seemed like we had some kind of a space theme on our record. So we said 'Sure!' and basically, it's just meant for us that we say it in our press kit with a little logo on the back of the record. But we don't have a lot of information about it, I don't think most people have heard that this is International Space Year. (Rumpus Magazine, October, 1992)

John Flansburgh has further commented on the lack of organization and direction for ISY:

Oh it was so sad. We talked to people in '91 and it was all an interesting dreamscape, and then all their funding was slashed and the whole thing was scuttled.