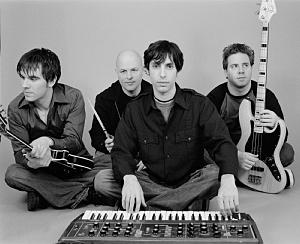 You Were Spiraling was a pop-rock band that released an EP through John Flansburgh's Hello CD Of The Month Club in October 1996. In the late 90's, and into the early 2000s, they opened for TMBG on several occasions. After the original lineup disbanded, keyboardist Tom Brislin led a new incarnation of the band, called Spiraling which toured with acts such as OK Go and Violent Femmes. Tom later issued recordings under his own name, and toured & recorded with other artists.