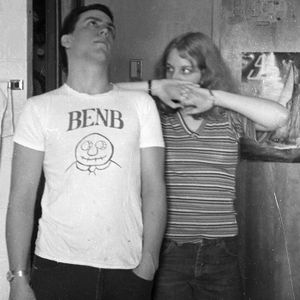 The EP's original cover on Bandcamp, before being replaced with the current beach photo.

The Turtlenecks is the only known release by The Turtlenecks, a band fronted by John Flansburgh and his then-girlfriend Julie Kantner, before the formation of They Might Be Giants.

The EP was posted on Bandcamp in 2015 by Julie Kantner, who notes that the songs were recorded in 1981 in their dorm room at Antioch College.