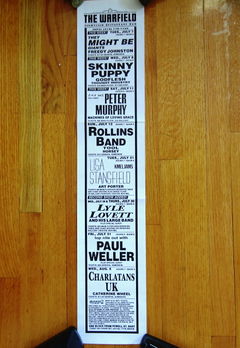 When John and John were in San Francisco earlier this year...(July) at the Warfield, the crowd also was given the opportunity to request songs. One of my friends who were in the very front after waiting from 3 p.m. to 8 p.m. (so she could get in first) asked for YMCA. And they did it! It was pretty cool. Everybody enjoyed it. John and John even did the hand/arm gestures for YMCA. It was hilarious. The whole concert hall was filled with people waving and gesturing their arms all over the place. It was well done.