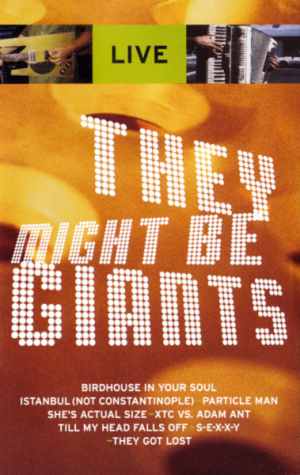 Live is a short live collection by They Might Be Giants, released in 1999.

Live is a truncated version of Severe Tire Damage (in a similar vein to Best Of The Early Years and Then: The Earlier Years). Although Live is, as suggested by the name, focused on collecting the live tracks from Severe Tire Damage, the CD release retains the studio recording of "Doctor Worm". Writing for Allmusic, Christian Huey wrote that the album was a good representation of the "highlights" from Severe Tire Damage.

The cassette version of the album excludes the last two tracks.