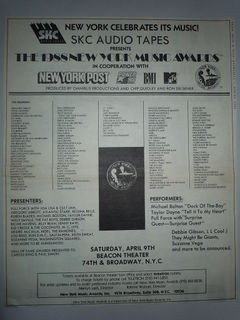 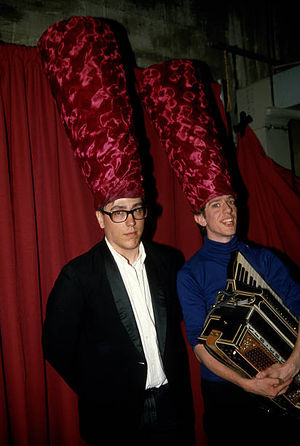 Beacon Theater: The New York Music Awards are set for April 9 at 8, & so far, the performers' lineup looks like this: Full Force, Debbie Gibson, Suzanne Vega, Taylor Dayne, Michael Bolton, LL Cool J & They Might Be Giants. Tix are $25-$50, on sale now at the box office (74th St. & Broadway).

At this past April's New York Music Awards, They Might Be Giants took the stage of the Beacon Theater wearing what looked like rolled-up carpets for hats, performed two songs (including their MTV video hit, "Don't Let's Start") and promptly picked up the award for "Best Rock Band (Independent or Unsigned)." Whether you agree with that honor or not (after all, they did beat out the Surreal McCoys and Urban Blight), you have to concur that John Linnell and John Flansburgh certainly qualify as weirdest rock band (independent or unsigned).