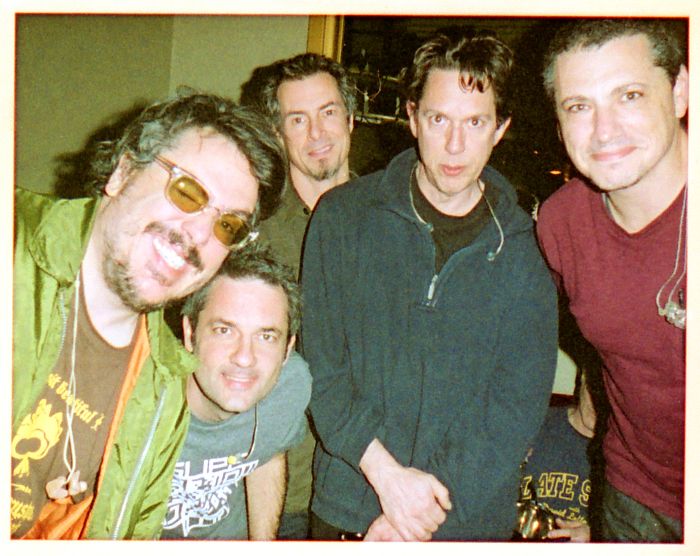 THEY MIGHT BE GIANTS PLAY 30th ANNIVERSARY FLOOD SHOWS IN NEW YORK CITY, PROVIDENCE, and NEW HAVEN.
NEW SHOWS JUST ANNOUNCED.All shows will be on sale to the public on Friday. 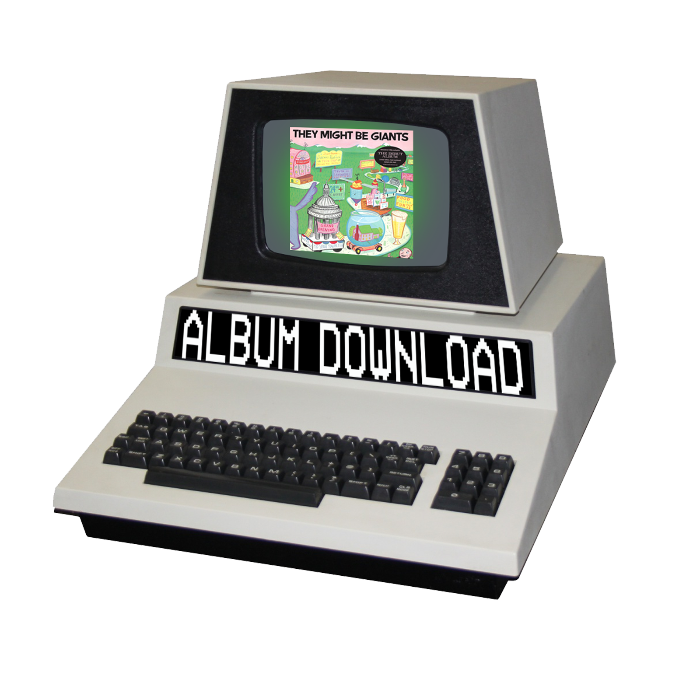 ABOUT THE REMASTERING
They Might Be Giants' first album has been sensitively remastered by UE Nastasi at Sterling Sound. It is available right now as 320kbs MP3 or FLAC and as pre-orders for the 180g audiophile vinyl re-issue (which also comes with an instant download).

So, what does it sound like? Great! The low-end is rounder, relieving some of the more brittle limitations of the production. The mid-range is more focused, with more definition between the instruments; while the high-end retains all of it’s wild, signature zing that made the project stand fully apart from other albums of the era. While it is a lot louder than the original, the good news is this is far from the “smash and cash-in” remasters we all have grown weary of in the streaming era. This is a project we suspect many of you have been waiting for. 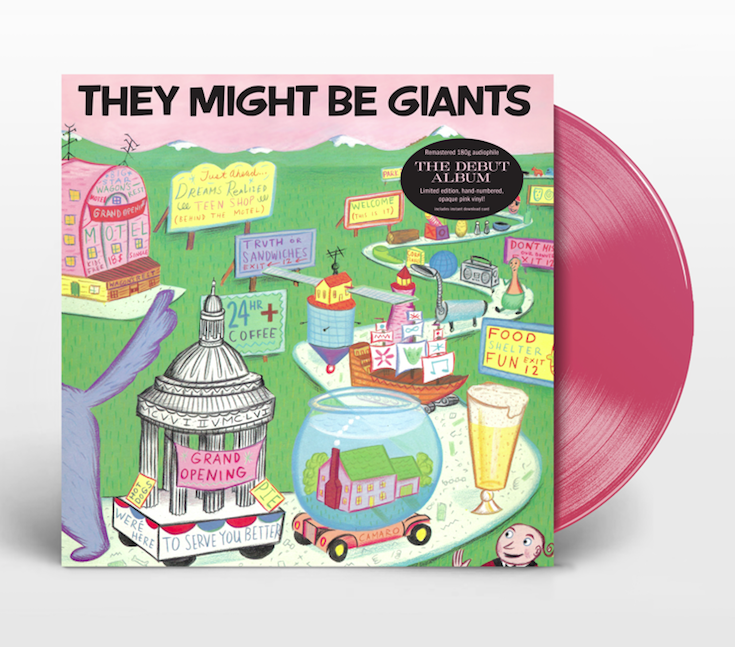 ABOUT THE VINYL RE-ISSUE
The vinyl edition is especially dazzling. Pressed on 180g opaque pink vinyl (!), the first run of 2000 discs are hand-numbered and include the rare original lyric insert and a fully reproduced cover all made under the careful guidance of art maestro TS Rogers.
Get it here: https://found.ee/TMBGmerch
ABOUT THE ALBUM
19 unforgettable tracks of what fans would dub “the pink album" portended the lo-fi movement that would come to define much of the alternative music scene. Upon its release in late 1986, these are the songs that started it all. Fueled by a series of unforgettable MTV videos, this album would ship over 150,000 units in its first 12 months of release. Recorded by the band in their apartments on 4-track, as well as 8-track at Studio PASS, and working after hours through the benevolence of producer Bill Krauss and engineer Alex Noyes, the disc was finally completed at Al Houghton’s Dubway Studios in the legendary (and hellish) Music Building off of Times Square. Originally released on the Hoboken label Bar/None, this album is TMBG's musical mission statement, packed with classic songs and sounds. “Don’t Let’s Start,” “She’s An Angel,” “Put Your Hand Inside the Puppet Head,” “Number Three,” “Nothing’s Gonna Change My Clothes,” “Youth Culture Killed My Dog,” and many, many more.SPECIAL LIMITED-EDITION FIRST ALBUM SHIRTS AVAILABLE FOR PRE-ORDER NOW! 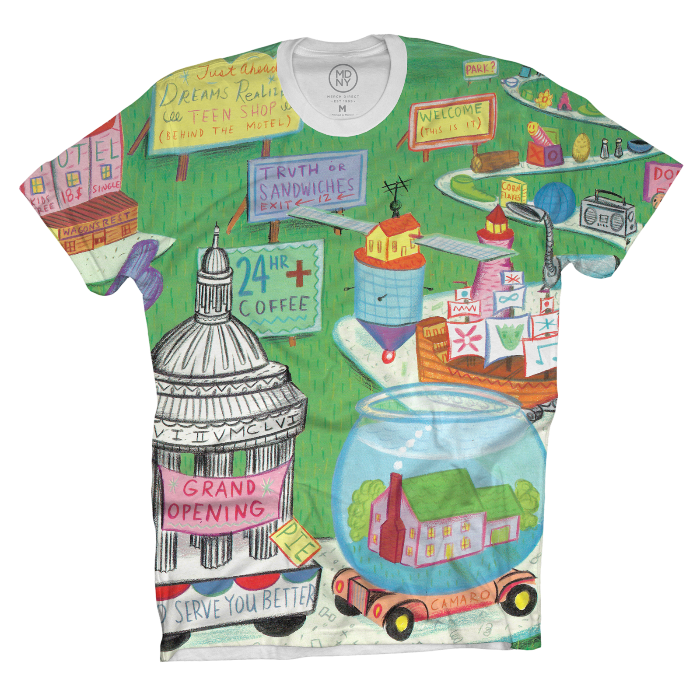 At last the legendary first album gets a t-shirt worthy of its imagery. Rodney Alan Greenblat’s phenomenal artwork in all its glory, in a wild “all over” design. Be a part of our mobile experiment! It costs a fair bit more to create and manufacture, but we think the results are worth it. We are only going to make this for a few months and quantities will be limited. We are taking pre-orders now.
https://found.ee/TMBGmerch 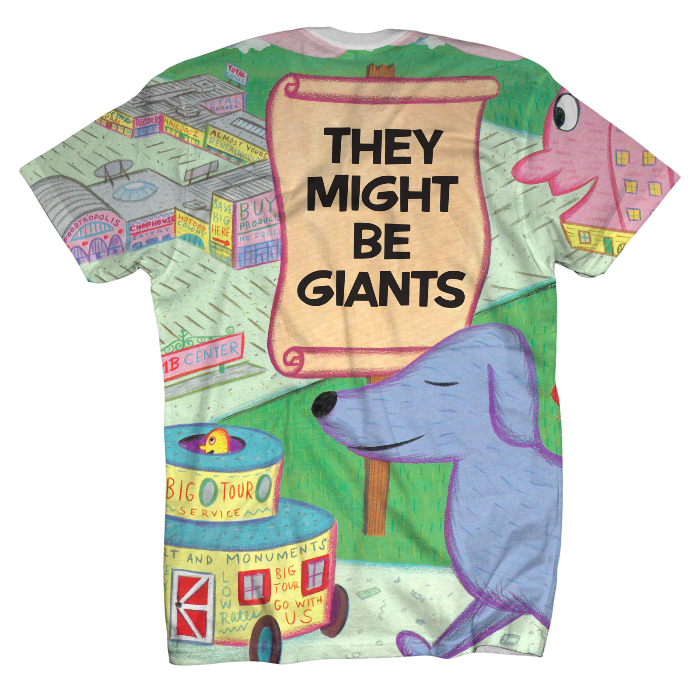 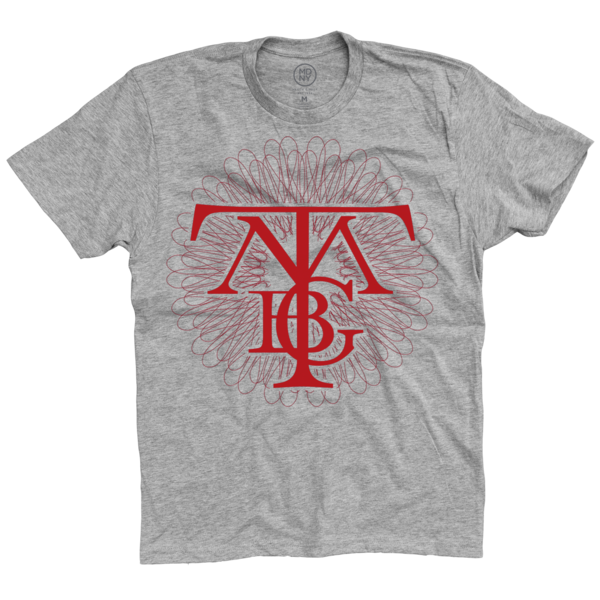 Attention design lovers, logo lovers, spirograph lovers––ALL LOVERS. Introducing the brand new spirograph logo t-shirt! With an original design by Sam Potts, this beautiful and dignified design is printed in warm red on a heather grey T. Be the first on your block to rock this prettiest of TMBG swag. By audience demand it’s a 90/10 cotton/poly blend. And check out this hat! 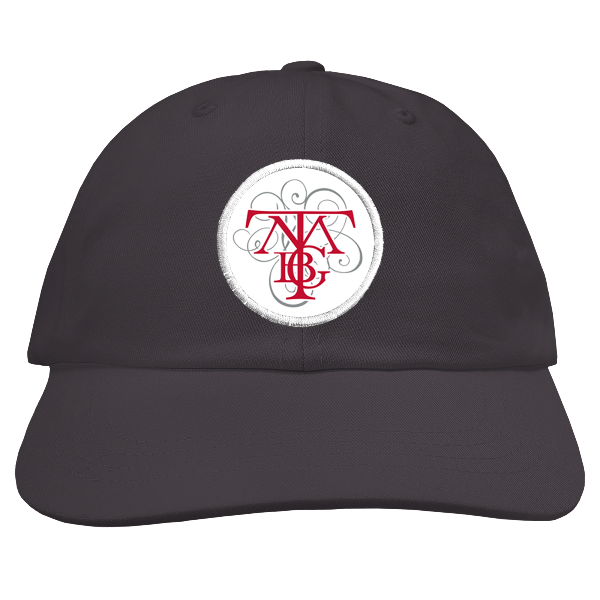 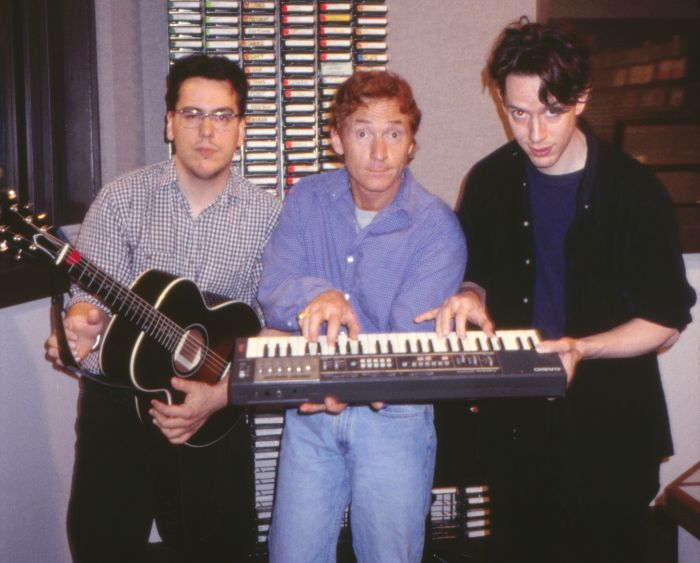 TMBG are on Instagram @TMBGofficialSomeone has posted a higher rez version of the Apollo 18 promotional clip: 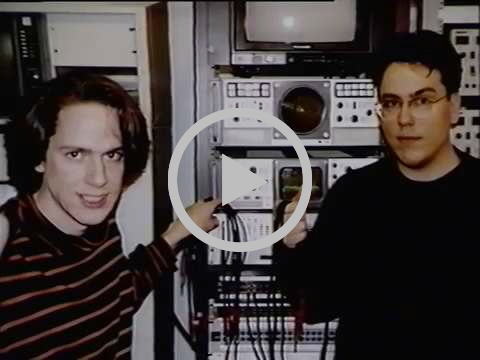 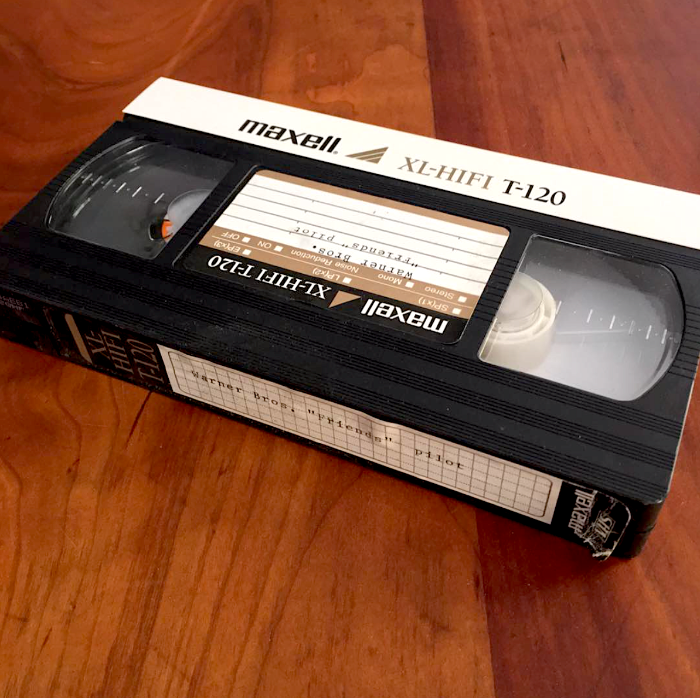 From @flansyflans on Instagram:
At the bottom of a box: Before the television show Friends went on the air, TMBG was sent the pilot and asked to write a theme. Since then, some show business insider told me the final theme was actually in play very early on, leading the insider to postulate the network was looking for us to provide back up or leverage. But the pilot seemed like a faux-hipster-meets-Bugsy-Malone version of Seinfeld, and we had to fly to Japan, so we respectfully passed. All that remains is this VHS of the pilot. 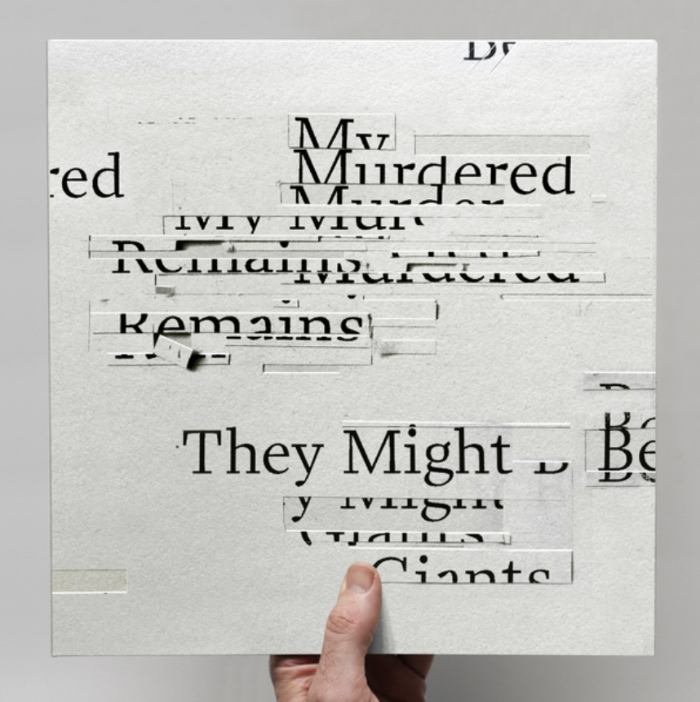 OUR NEW ALBUM MY MURDERED REMAINS IS ON VINYL, DOWNLOAD, AND CD; AND FOR SOME REASON, NOT ON STREAMING SITES!Gudetama’s Busy Days 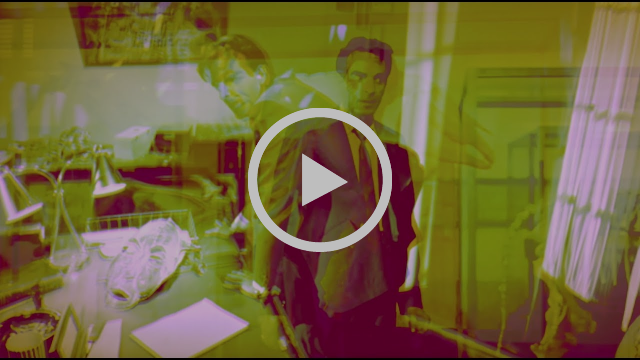 Get any or all of it direct from They Might Be Giants here: https://found.ee/TMBGmerch. My Murdered Remains is 16 brand new tracks drawn from the very best of the Dial-A-Song service and features the instant audience favorite “The Communists Have the Music." It is a natural bookend to I Like Fun that is action-packed and worthy to stand alongside any TMBG album. This album is available exclusively from Idlewild Recordings and will not be sold elsewhere and will not be posted to streaming sites. 12-inch, 180g audiophile vinyl. Instant downloads include a 16-track bonus album casually dubbed More Murdered Remains. 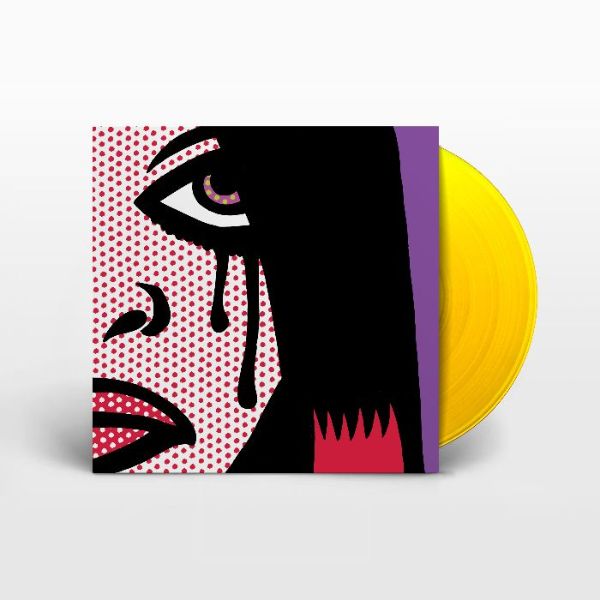 The Escape Team is a different kind of album set for the band, with eleven musical portraits of characters drawn from David Cowles’ comic book The Escape Team. These tracks move from the cartoon violence of the book's Big Daddy Roth-inspired origins to haunting prequels. Includes "The Poisonousness" with Robin Goldwasser, "Jackie the Clipper," "Dr. Sy Fly," and eight more fantastic tracks. Not on streaming sites, this is an Idlewild Recording exclusive.

The Escape Team on 180g vinyl is in stock and shipping today. It's right here: https://found.ee/TMBGmerch
Hate vinyl? Get The Escape Team direct from TMBG as an instant download or as a CD.
THE JOHN HENRY DEMOS 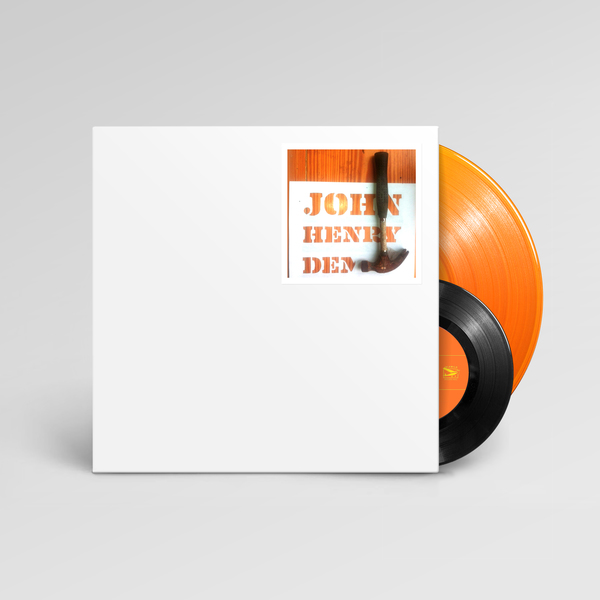 A few years back TMBG released a set of pre-production recordings that would become the John Henry album. Created with long time collaborator Patrick Dillett and an evolving live band, many of the tracks have previously been passed around the internet, often in compromised fidelity. Giving the material a closer listen it only seemed fair that this bit of history got a better airing. These tracks in full high-fidelity not only sound remarkably fresh, they provide a powerful look into the process of the album’s creation. 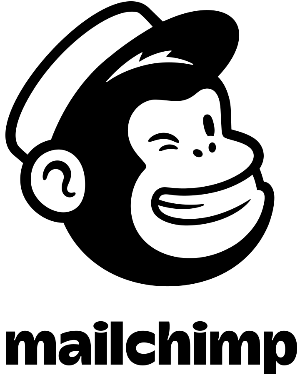 I once met an ape in a sweater
Who told me I'd soon be a debtor
"Forgo all the scrimps
And get with the chimp
They’re not just faster. They're better"