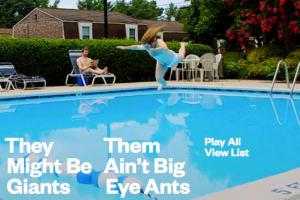 Screenshot from the DVD menu 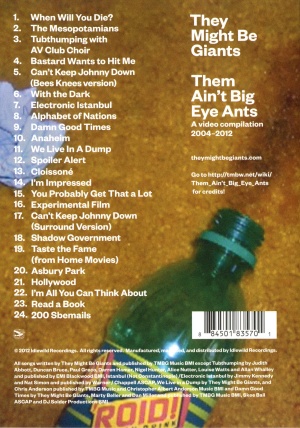 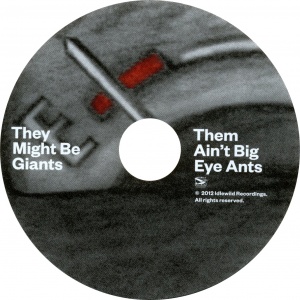 Them Ain't Big Eye Ants is a music video compilation DVD released on December 3, 2012, initially with purchases of the 2012 Holiday Bundle. The title is an oronymic malapropism of the band's name. The DVD features They Might Be Giants music videos from 2004 to 2012, including seven videos previously released on the Venue Songs DVD: "Bastard Wants To Hit Me", "Damn Good Times", "Anaheim", "Experimental Film", "Asbury Park", "Hollywood" and "I'm All You Can Think About".

The artwork for the DVD is a still from the construction of the live-size Join Us monster truck hearse — featured in the music video for "When Will You Die" — by the Office of Paul Sahre. The main menu is a still from "Can't Keep Johnny Down" (Bees Knees Version), the back cover is a still from "We Live In A Dump" and the disc art is a still from "The Mesopotamians".

In lieu of a booklet accompanying the DVD, a note on the case's back cover directs viewers to this page on TMBW for credits.