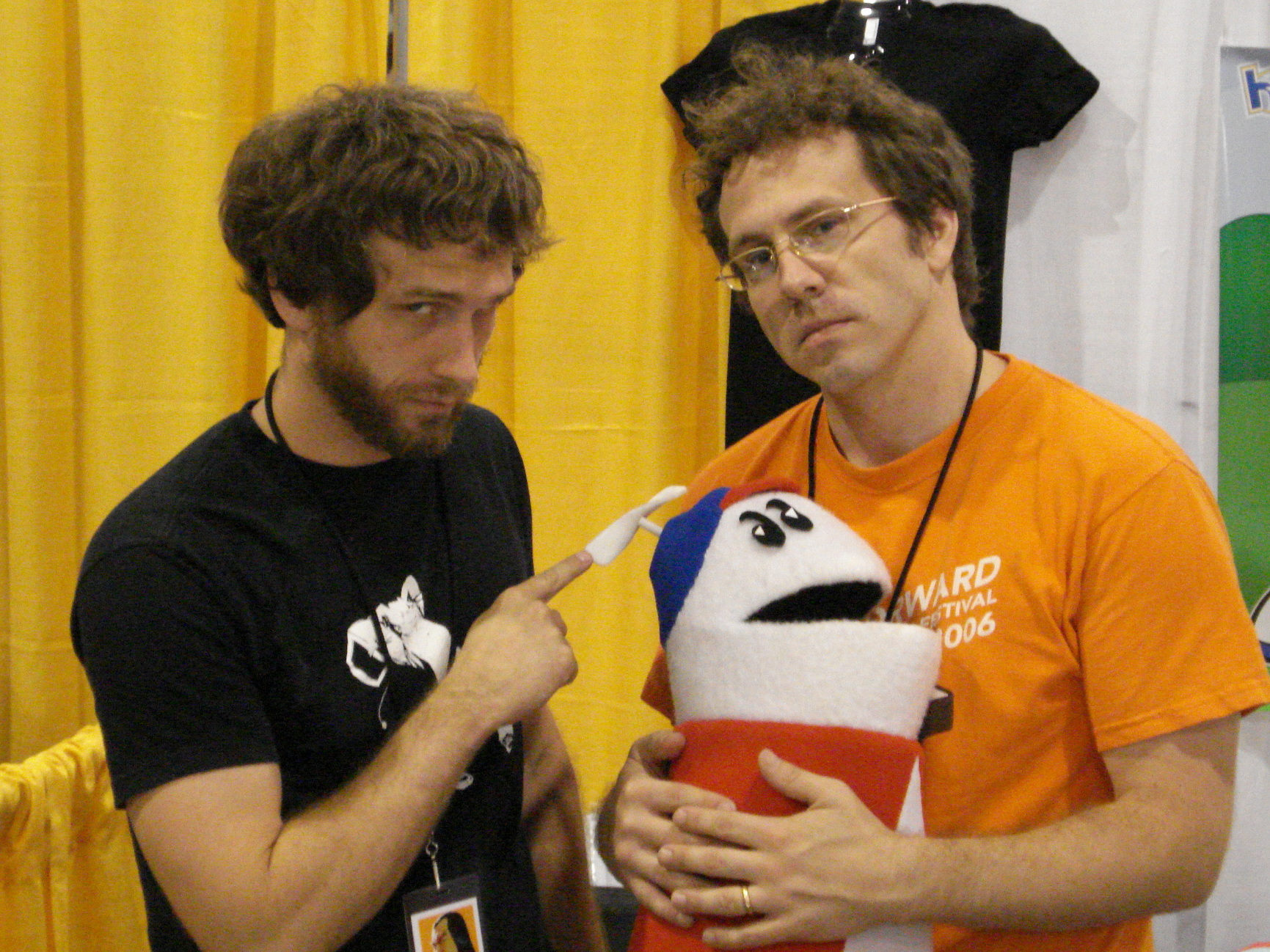 TMBG composed the music for Different Town for their site and the Brothers wrote the words. The original version, sung by John Linnell, can be found as a commentary audio track on the Strong Bad Emails DVD. TMBG and TBC have also produced a series of "Puppet Jams," short videos featuring jams between TMBG and Homestar Runner himself. Bad Jokes, Tropical Lazor Beams, Vitamins, Celebrities, Mission Control, President's Daughter, Apple Juice Blues, and Everybody Knows It are all Puppet Jam Recordings.

In 2008, TMBG wrote and sang the intro song to Strong Bad e-mail 200, email thunder, where John Linnell voiced The Poopsmith. Because the Poopsmith has taken a vow of silence and never spoken before e-mail 200, John Linnell is the only, and therefore official, voice of the Poopsmith, making the Poopsmith one of very few characters on Homestarrunner.com that isn't voiced by Matt Chapman, Mike Chapman, or Missy Palmer. In a coincidence, one of the other times that The Poopsmith's voice has been heard was in an imaginary sequence in Different Town.

Podcast 37A also features a work-in-progress song called Crystal Fortress. The song was performed by TMBG, and contains voice-overs by Strong Bad and Limozeen. During the podcast, Flansburgh mentioned that they are hoping to use it in a future collaboration with The Brothers. About a year later, the accompanying video was released.

For an April Fools' Day joke in 2016, John Linnell reprised his role as the voice for the Poopsmith where he referenced the fact that he sang in SBemail 200 and wanted to become a "songsmith" instead of a Poopsmith.

The Brothers Chaps produced a video for They Might Be Giants' Experimental Film featuring the Homestar Runner gang. They also created a video for the song Figure Eight, which was released on Here Come The 123s.

The Brothers Chaps have appeared onstage with TMBG at the following shows: