This videotape contains a video promoting Apollo 18, much in the vein of the Flood Promo. Unlike its live-action forebearer, however, this video presents as an instructional slideshow about the album, with artwork and animation by J. Otto Seibold. In addition to including the music video for The Statue Got Me High, clips of songs from the album are played, and the concept of the Power Spheres is introduced. 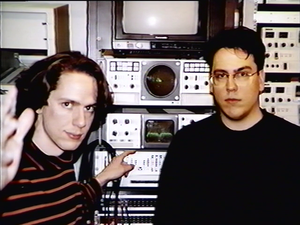 Hello.
We're John and John of They Might Be Giants. We can't talk now because we are preparing for our worldwide tour. But we have prepared these slides especially for you to help explain Apollo 18 — that difficult fourth album splashing down in 1992.

Apollo 18 features 18 new songs, including our new single, The Statue Got Me High.

Apollo 18 doesn't just deal with space themes, however. The songs have a wide range of subject matter, including: Nature.

And an old They Might Be Giants favorite: Death. 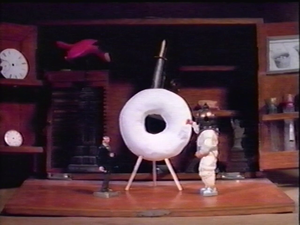 Apollo 18's release coincides with International Space Year, a worldwide event coordinated through NASA to celebrate human achievement in space exploration, and to promote the international space exploration movement.
We are proud to be selected as spokesmen for the program.
No one knows what music will sound like in the future... They Might Be Giants can only give us a glimpse.
But if Apollo 18 is any indication, music will be better than ever.
When Elektra Entertainment first came to us with our ideas for Apollo 18, we realised the project would provide the music industry with a remarkable sales opportunity. Why? Because it would not rely on tired formulas.
Our focus groups have discovered a demographic study which reveals a large hole in the world's cultural doughnut.
They've shown that contrary to our instincts, this doughnut hole is beneficial, and must be nurtured, and, if possible, widened.
But how? The answer, as my knowing chuckle has probably already told you, lies once again with us.
All the songs on Apollo 18 are built around what we in They Might Be Giants call Power Spheres. Each one of these spheres — Fidelity, Melody, Quantity — contains an element essential to the creation of popular music.
Now, many other musical groups have attempted to experiment with Power Spheres, but they've always failed to harness the energy... failed to find the proper blend. They were lost... hopelessly lost. 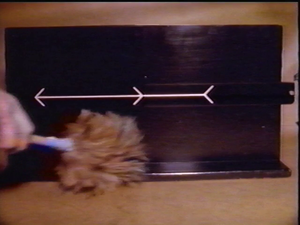 Our commitment to excellence

You can't create a masterpiece dabbling in fingerpaints. Again and again it's been shown that only one blend of the essential elements ever works: the simple combination used in the creation of our new album, Apollo 18.
All tempos have been tested in our sound laboratories from 10 to 500 beats per minute to create that indescribable vibe we call the music of They Might Be Giants.
The wind tunnel is the final testing ground. If the recordings can survive this test, they are ready for the public.
They Might Be Giants has done everything within the limits of what is possible to create a product which surpasses all previous standards of enjoyability.
The world is sleeping. Apollo 18 has been sent to wake it up. We've done our job, but the job isn't done. Now, we need you and your commitment to excellence to complete our mission. Coming to you faster than you can say 10... 9... 8... 7... 6... 5... 4... 3... 2... 1... blast off! Apollo 18 is here.